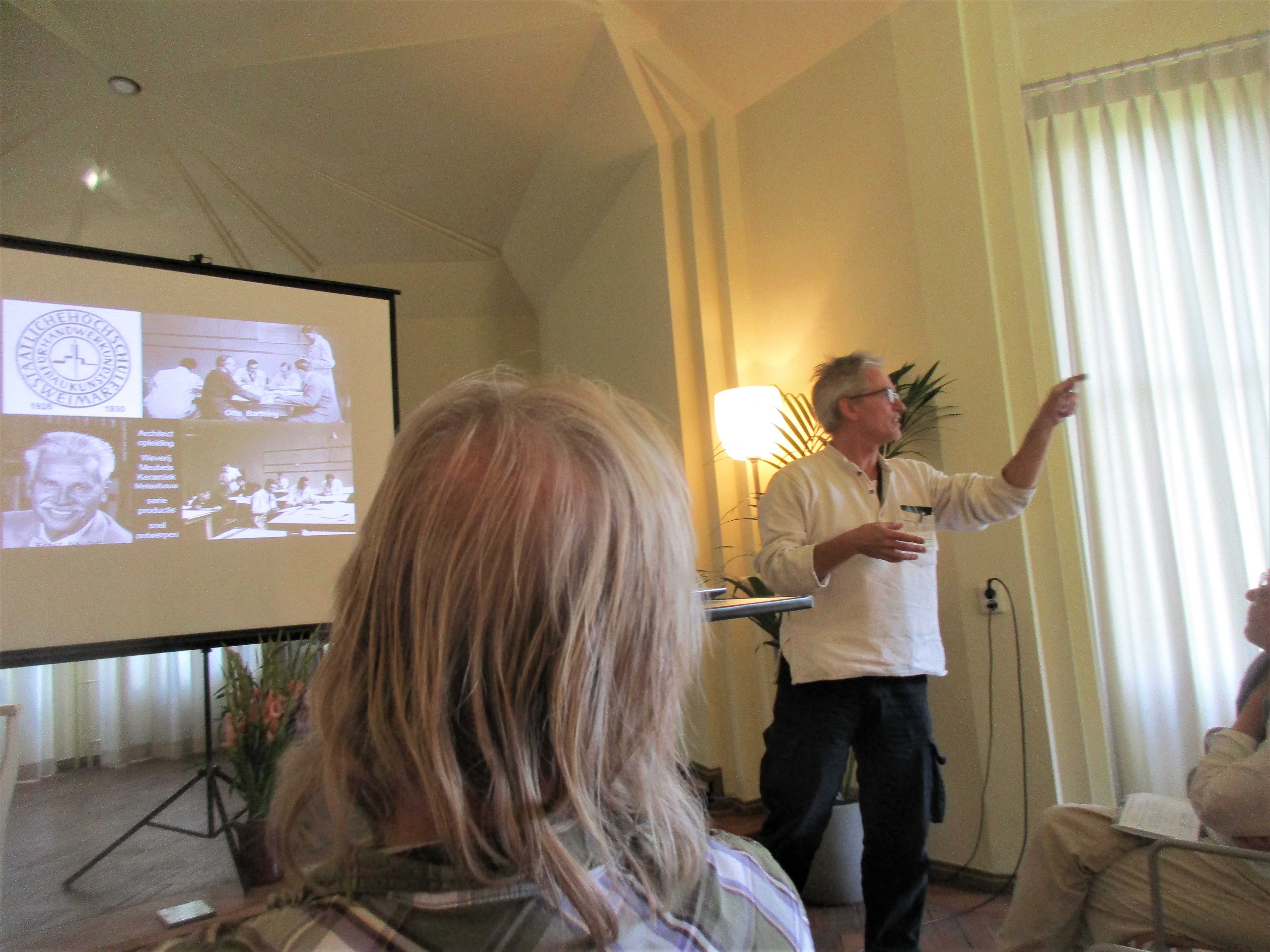 The majority of US-Americans voted for a radical change as result of feeling undressed
Candidate Hillary, former first lady, received a shock: her pale Bill looked unblessed
Still the Dollar Stock and Exchange will follow the flow of Hanging Rock and Hudson River
worldwide financial cyber-clouds and geological climate-change debat will shiver

This naked US-majority became the basement of the established class of the US-upper
voting in order to their fear and anger to offer their last exclusive supper
mais, mais, mais… ending Voltaires letters as reminding remotor
doesn’t mean translated they will serve free sweetcorn to their voter
anyway promising words creating sweet oneliners will come and go
whisperings in typical bungalows and screaming sky-highs from LA to Chicago

you got what you vote, nearly incredible, impossible to cancel the result
Did God bless America, did he enlighten the self-conscious adult?
or are the imaginary walls already build in their separated minds
separating human mankind in specific classes of all kinds

play hi, replay ho, say Hillary ho ho
learning of this Horror Vacuum Picture show
politicians come and go
flow with the wind high and low
their drones and rockets fly in the sky
to play a so-called clean war to say good bey
to scales like big, bigger, becoming biggest all around
so let’s turn singing proud, loud a common sound
looking at the stars with twinkling eyes, still wondering high
wishing and dreaming of whatever... give it a renewable try

Once upon a time God blessed not only America
Divineness is not continental focused, national deaf or local blind
Stupidity exists still, everywhere being left globally behind
this disease only can be rescued becoming aware
to share know-how, empathy and acting fair
reasonable with all respect for worldwide life
never candidate and vote again demagogic types
of Mecky the Knife promising hypocritical hypes
Killing agendas should become collective Urgendas
which content and probable effects everybody has the capacity to know
in which ways integral sustain-stabilities blow
becoming a part of the reception of the mother cake inclusive Anthropocene
the human potential seed spread over the oceanographic global scene
nomadic tribes will still rise like daily bread as it has never been
before building skyscrapers like transformed rocks in the sky
in regions and levels where normally eagles only can fly
catching an eye to get a perspective overview here... high
watching whales hidden in the depths the heavenly earth
sailing together to break the breathing waves since their birth
not blaming and exploring natural resources without reason
breeding and feeding concerning in order of each season
multicultures empower habitats everywhere as vital biotope
transform into bio-techtopes of cyber you-tubes on our globe

Let's behave, save and shave the cultural World together hand in hand
recovering war-broken Eliot’s poetic registration of concentrated Wasteland
ruling compromised with consciousness spreading positive influences
by opening eyes and speaking lips in reminding common senses
walking on the sunny side of the cosmopolitan street
following the techno- and biorhythm of the vital beat
catch as many as possible, bundle the harmonious beams
to share and stimulate dynamic sustainstable streams
Homes of Commons in One World of sinfonic high fidelity
double checked and balanced enjoying shaking hands
like the applaus for satisfied freedom as an eagle lands
on the blue-green pearl in the endless darkness the universe
our spaceship Mother Earth: we don’t have a reserved reverse 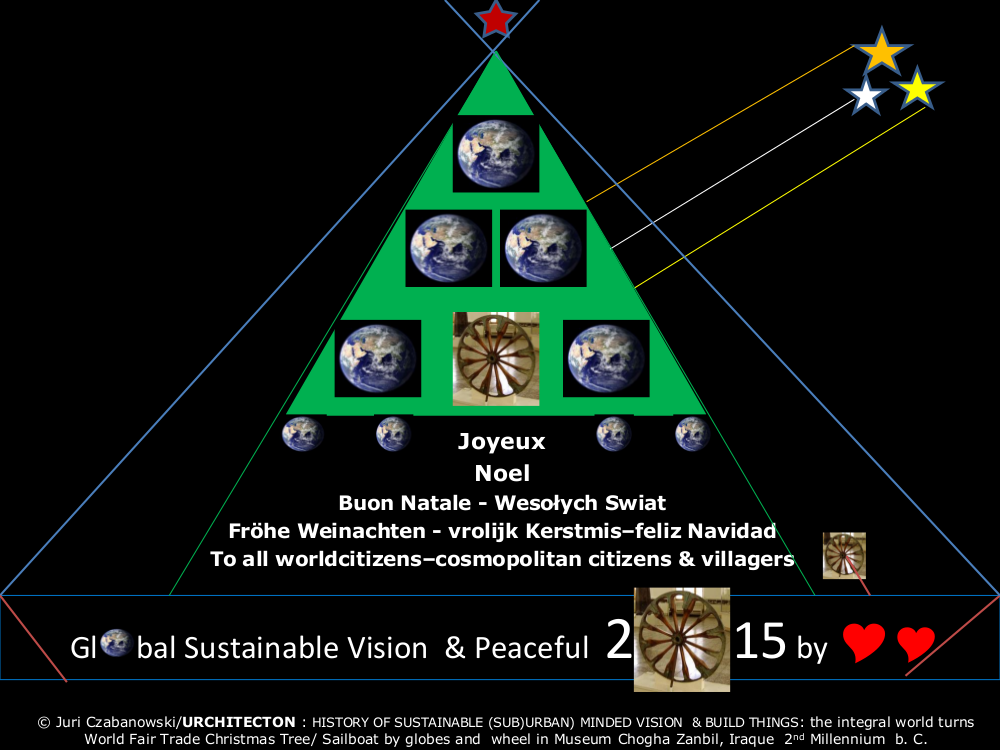 Please if you want to see how people can change dead desert into vital oases by using knowledge of ecosystems and- eco-cycles look at 2 docu of ecologist-filmer John Liu Green Gold broadcasted by tv/radio-channel and station of VPRO (1st of 2012 , 2nd 2014 called Groen Goud 'Green Gold'â )www.tegenlicht.groengoud and www.tegenlicht.groengoud2 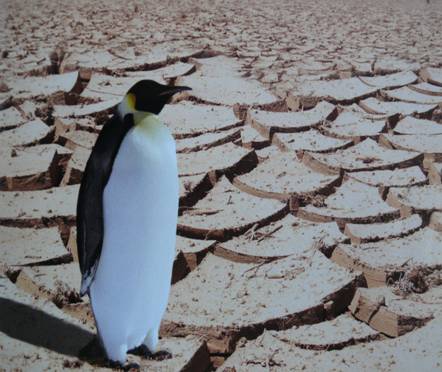 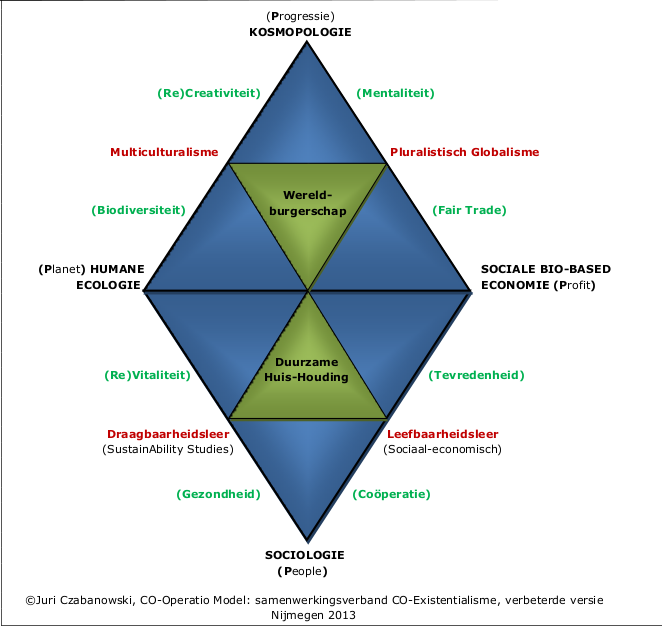 Worldwide a fundamental transition transform our view, thoughts and global lifestyle. A new worldorder create a mankind-in-process. Architecture is a reflection of social behavior, needs and desires. Sustainable Architecture is an expression of a way of building to make a necessary change in our build environment possible by being concerned and conscious about our health and the stability and vitality of our environment. Sustainable architecture is for instance linked to save energy and material, using endless sources of energy like Sun, wind, water and biomass and using natural materials studied by institutes of Baubiology, saving water by intelligent (re)use of rainwater. To encourage and implanted sustainable building a society build on sustain-ability is needed. Following Sustainability Models show another kind of society in changing process, in dyna-mic development in sequential phases. Evolutional steps in order of positions of principles to get Sustainability.

Towards an Integral or Holistic Worldview: Togetherness in CO-Operation

Part I: COSMOPOLOGY and SUSTAINABILITY as PROCESSES of INTEGRAL HOUSEHOLD

Worldwide we strive through human ideals to realize a better world like a progressive process called sustainable development. It is a process-in-development to reach a social, ecological and economical stable and dynamic balanced life for everyone as condition for the survival of Life on Earth in future: less pressure on human beings and environment.

Human ecology and human economy as a prerequisite for a valuable existence like shown in the Earth Charter with Values and Ethics. There are 8 millennium goals that
endeavor possible. An explanation of 4 models to support this worldwide enterprise.

Post-oil society? A tsunami of plastic products as a result of our mass consumption! Overwhelming impression of the way we packaging our products in artificial material mostly based on oil, non-environmental and very expensive in nearest future because of diminishing stocks of oil worldwide. This piece of art is a call, even more a cry, to stop our crazy behavior to waste our materials and to taxing and destroying our environment worldwide by neglecting decency and respect for nature.
Jianthua protest of destroying and polluting our natural environment by artificial is a warning to be aware again of our way of treatment of precious and worthy things in life.
Taking no care to act in general and wasting will have a big prize for our own sanity in a unbearable and polluted world where health is not guaranteed anymore because of a losvital ecosystems.